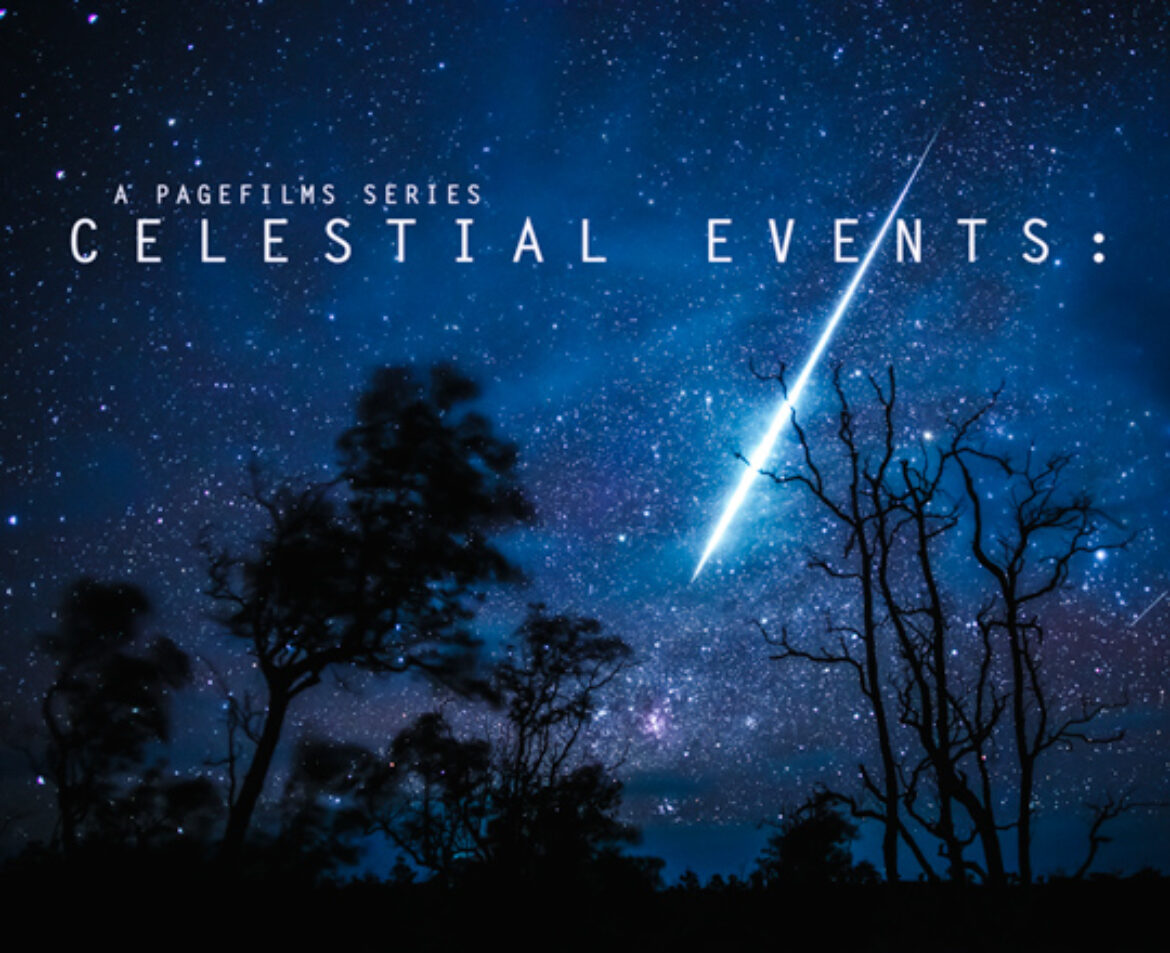 Filmmaker Lance Page is capturing notable celestial events in motion and applying a cinematic creative touch. The series is inspired by incredible sky events such as lunar and solar eclipses, meteor showers and other fascinating spectacles we as humans are fortunate enough to experience here on Earth. Original music by Danijel Robnik (weneednothingsilence) as well as choice tracks from various artists via Uppbeat.

This series and all Page Films projects are funded through Patreon. Get early releases, free 4K downloads, end credit shoutouts and more with a small monthly contribution that will allow projects like this to continue and to thrive. Thanks so much!!

On the night of November 7th-8th we were fortunate enough to experience a total lunar eclipse with a lengthy totality. Here on Hawaii Island we had high clouds and our first few locations got engulfed in clouds, we had to move around and finally found a good spot just before Earth’s shadow fully covered the full moon. Music by Adi Goldstein via MusicVine.

In late June of 2022 all the naked eye visible planets were lined up along with the moon creating a beautiful composition in the eastern skies. This installment of CE focuses on those am hours as the moon and our solar system rise into view. Music by Dorian Pinto via MusicVine.

The peak nights of the 2021 Perseids Meteor Shower, captured in both time-lapse and real-time video. Experience the show from the lava landscapes of both Kilauea and Mauna Loa volcanoes in Hawaii.

The only total lunar eclipse of 2021, the Super Flower Blood Moon on May 26th was a brief one with just around 14 minutes of totality. Captured from the reflecting lava flows of Mauna Loa, Hawaii. Music by Brock Hewitt: Stories in Sound via Uppbeat.

Since totality was so short, it meant for a much brighter moon than the more common lengthier totality periods would showcase. I wanted to capture how pronounced the stars become during a total lunar eclipse, this meant sacrificing some of the blood moon detail in time-lapse sequences. As you can see, there were quite a few nice meteors occurring cl0se to the eclipsing moon. This was another plus of exposing on the brighter side, happy accidents in the form of meteors during a lunar eclipse!

Shooting stars captured with real time 24 frames per second 4K video from the Kohala coast of Hawaii’s Big Island during the peak night of the 2020 Geminids meteor shower. A collaboration from Page Films and Sky Makai Productions, featuring Rachel Hillen with music by Danijel Zambo via Uppbeat.

Following the 2018 geminids meteor shower (see CE03 below) which was the best meteor show I’ve ever experienced, I was incredibly inspired to capture the next dark sky geminids peak. Based on how impressive the 2018 show was, I wanted to take on the challenge of using real time video instead of time-lapse to capture some of the better meteors. The 2019 geminids shower occurred close to full moon so I skipped that one, instead I focused in on the next geminids peak night which was the following year December 13-14th, 2020.

It felt like something I had to try in order to figure out how it would be possible. It’s one thing to capture one meteor, but to get a whole sequence of them while shooting motion control video with talent through the night was quite the challenge to say the least.

The first major hurdle was that unfortunately some weather forecasts pushed us from higher up on the mountain down to the Kohala coast here on Hawaii island. So our skies weren’t quite as clear and light-pollution free as they could have been up on Mauna Loa. This also cut into scouting time and overall created more work for us in a shorter amount of time.

The second huge challenge was that the 2020 geminids show wasn’t nearly as impressive as the 2018 show. Sadly, it was actually one of the weaker showers I’ve set out to capture. But we did find some small shooters to work with, we rolled 3 cameras for hours all through the night looking for decent meteors. We used two spectrum ST4 motion control units kindly provided by eMotimo to help us automate some of our camera moves so we could roll for long periods of time without physically operating the camera.

The third and most challenging obstacle was capturing real time video footage in nearly complete darkness. We used 3 Sony A7S3 cameras, lenses that are f1.4 or faster and two Atomos Ninja V recorders for 24fps ProRes raw, shutter speed at 1/25 and ISO in the 25,600-128,000 range. Neat Video was used in post to clean up the more excessive noise. In the end we shot over 3 terabytes of footage which turned into just over 2 minutes with about 35 meteors captured.

Check out our behind the scenes short documentary:

This project was indeed an experiment and a bit of a gamble, we’ll be exploring this idea further in upcoming installments of Celestial Events and hopefully with a much stronger meteor shower night. Perseids is coming up! Thank you for watching and supporting these incredibly challenging projects.

CE04 also features Rachel Hillen, a native to the Hawaiian islands who leaves an offering on sacred Mauna Loa. Hawaiian culture has always focused deeply on the “mana” (strength and power) of the natural landscape. Our relationship with the cosmos only seems to highlight this mana, bringing compelling perspectives and an overwhelming sense of wonder.

The conditions were ideal and I was able to capture the brightest meteor I’ve ever experienced (thumbnail image). It was about 5am, still dark and meteors were everywhere. Sometimes 5 or 6 in just a few seconds. I was facing north, watching the same view as one of my timelapses as the whole ground lit up with amazing color. It took me a second to realize that it was light from a meteor behind me to the south. It was so bright I thought someone had pulled up to the campground with their brights on. I thought to myself, wow it would be really cool if my other timelapsing camera captured that one…

On August 12th, 2018 the perseids meteor shower peaked with brilliant streaks of color sprinkled throughout the sky. We captured it from over 10K’ on Mauna Loa and from the Kona coast on the Big Island of Hawaii.

In June of 2018 Hawaii’s Kilauea Volcano was erupting ferociously from lower Puna while creating its own weather system. We spent the evening of June 28th on the summit of Mauna Kea capturing the plume from ‘Fissure 8’ as it was illuminated by the sunset and full moon.