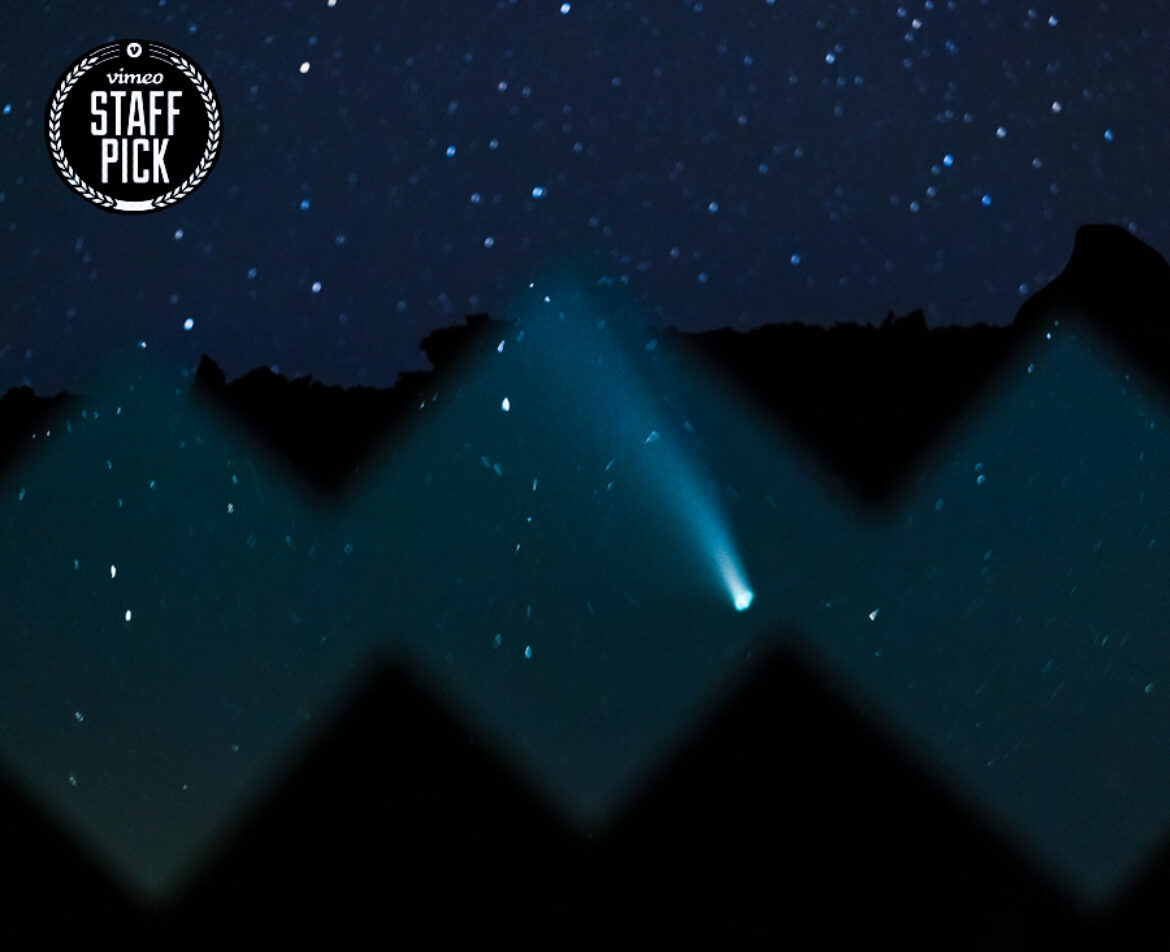 FOLLOWING REFLECTIONVOID (2017) THE PORTALS NOW FLOAT HIGH ON HAWAII’S MAUNA LOA VOLCANO. THE STARS CONTINUE SINGING TO US SO VIBRANTLY, THEY ARE LITERALLY WHAT WE USED TO BE. SINK INTO THE VOID AND EXPERIENCE 5.5 MINUTES OF CINEMATIC HYPNOSIS, AN ABSTRACT ASTRAL JOURNEY THROUGH SPACE AND TIME AS SEEN THROUGH THE PORTALS ON MAUNA LOA.

In 2017, along with Co-Producer Jesse Andrew Clark, we released the short experimental film ReflectionVOID. We earned the Vimeo staff pick which is always good for great exposure with a fantastic audience. Our VOID1 sequences open and close the ‘Earth’ episode of Adult Swim’s show ‘Off the Air’ and we won a couple awards at the Time-lapse Film Festival. There is also a VOID2 concept in the works, it takes place in Oregon and will be a true time-lapse/narrative hybrid, more on that later. For the time being we now have VOID1.5 to hold us over.

It was the early summer of 2020, in the midst of a worldwide pandemic and every major production on indefinite hold. I decided to go ahead with a creative project that would definitely isolate me. I produce many of my projects solo, but this one I knew would take months to produce and would take a little extra something to pull off. The concept of VOID1.5 was in my mind for maybe a year before this, the idea was to use the amazing view of the stars from high altitudes on Mauna Loa to produce a follow up, a half sequel to VOID1. Something that kind of extends the vibe from the first one and lets you just float through the star portals for 5 more minutes.

At first I thought about eliminating the landscapes and just fully encompassing the stars in the frames. Once I started shooting I realized just how much the alien scenery and even the distant human activity was going to play a role in my themes. It feels like another planet up there and seeing car lights and planes seem almost alarming against such an otherworldly looking place. It started to feel like a conflict in time, a juxtaposition of the natural state of things and our hyper evolving human species.

I chose to use the darkest part of the new moon phases so I would see the most stars possible in every shot. I used only small 1’x1’ mirrors glued to pieces of wood for mounting. I had a limited number of motion heads to work with and I had to use them as creatively as I could. The spectrumST4 from eMotomo was the main unit which usually had the camera on it and was the most reliable. I was able to use the 4-axis motion system to move the camera on a slider and the focus around independently to my liking. I also used the TB3, eMotimo’s older, classic motion head which was actually very useful on this shoot until unfortunately it finally died on me! Also the Alpine Labs Radian came in real handy for a simple spinning mirror shot and were easy to keep charged even as they were operating all night. As for camera/lenses, I shot mostly on the Canon 6D mark II camera bodies using Canon fast primes/tilt-shift lenses.

I had scheduled my shoot and rented some gear for July’s new moon phase and the NEOWISE (C/2020 F3) comet just happened to be lined up with my shooting dates. Naturally I decided to include the comet within the VOID project rather than try to capture it separately. The perspective from my shooting location put the comet setting right behind Maui while looking down at the Pohakuloa military training camp. The NEOWISE comet appears in several sequences including a motion shot that catches the comet melting through the reflection in the middle of 3 mirrors as the camera moves backward with a rack focus at 130mm. It was a ‘long shot’ in a few different ways! Finding the frames in the camera after shooting that one was the most exciting moment of the shoot for me.
Each of these sequences would take a day of gear prep, another half day of driving, hauling, rigging, mounting and programming, then anywhere from 3 to 7 hours of shooting. I would capture 1 or 2 shots in an entire night and then either drive the 2 hours back home or hang around for another night of shooting. A couple times the weather booted me off the mountain. I made 7 round trips from Kona for a total of 12 full nights of shooting. In total I captured 20 VOID shots and included 18 in the final cut. I spent somewhere around 120 hours under the stars over the course of June – August as I captured these sequences.

From Stefan Scott Nelson, frequent collaborator and member of howardAmb:

For the production of the music many different sonic layers were combined together to create the endless voice of space. The L.A. group howardAmb has been creating music since the early 2000s. For this project howardAmb is a trio consisting of James Hamblin, Rafe Mandel and Stefan Scott Nelson. All three members created their own sonic layers that eventually got enveloped into the VOID’s sound collage. Originally a 17 minute piece created to accompany Lance on his solo filmmaking journeys to create this new work. Also in the extended mix were sections of an original piece of music created by the incredibly talented vocalist and composer Stephanie Dosen (snowbird, chemical brothers, massive attack). The piece “love song to the earth” is from a project called “starsieve transmissions”, this becomes the voice of Comet Neowise, who’s close journey to earth is lovingly documented here by our director Lance Page.

Lance then edited down the extended mix to about 5 minutes, containing his favorite sections. Now other layers were added to the 5 minute music edit. Santino Rice layered several improvised baritone vocal textures for the last third and climax of the film. Joshua Hill added layers of string instruments throughout the whole piece, with only one day to complete the task before sending it off to be mixed.

Recently, howardAmb has had the pleasure of working with the legendary music producer John Fryer (Black Needle Noise,This Mortal Coil, WIRE, Depeche Mode, NIN etc. etc.). So it made complete sense to get him aboard this project to help us finish it with his expertise. John mixed all these dissonant layers together carving out a very fitting and disturbing soundtrack. He also mixed in his own signature cinematic textures to finalize the composition. Special thanks go to the band FM3 (christiaan virant and zhang jian) for giving us permission to use the sound of their sound device/album buddha machine. Buddha machine 1 track 1 “MA” is recorded with a contact mic and is running on loop throughout the whole film. Enjoy your view into the VOID.

Thanks for reading a bit more into the behind the scenes, there’s a short documentary about the process coming soon.